Patterns of Growth in Guyana
April 5, 2019by admin 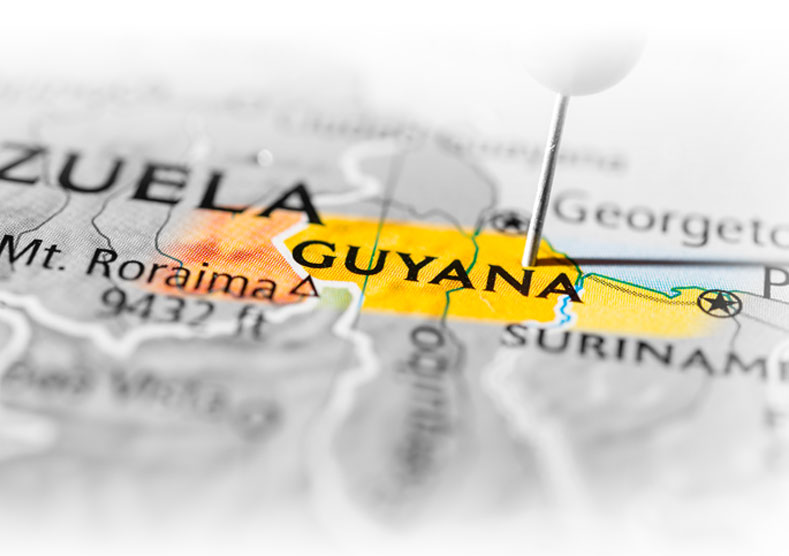 Guyana’s economy is characterized by volatile production patterns in all of its key productive sectors. Notwithstanding, GDP growth, though declining, has been relatively healthy over the 10-year period, 2007-2016, averaging 4.2% annually (See Chart 1). 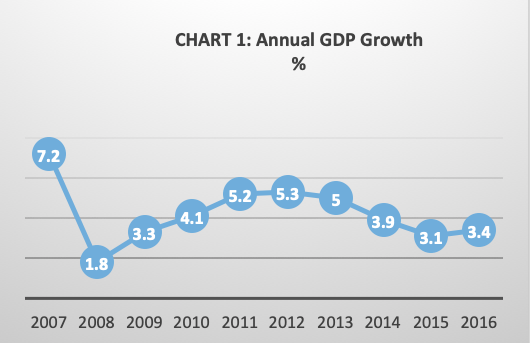 Although the Mining and Quarrying sector, fuelled primarily by increasing gold production, is the only sector to experience strong growth over the past three years, the Agriculture, Fishing and Forestry sector remains the overall largest contributor to GDP growth, averaging 18.3% over the 2006-2016 (See Chart 2). Comparatively, the Mining and Quarrying sector’s contribution averaged 10.2%.

However, the contribution of Agriculture, Fishing and Forestry has been declining steadily, falling from 21.5% in 2006 to 15.2% in 2016. Comparatively, Mining and Quarrying’s contribution has increased from 9.6% to 13.8% in the same period, indicating the growing contribution of gold. After falling by 19.5% in 2014, gold production picked up significantly in the following two years, growing by a record 58.1% in 2016. (See Chart 3). 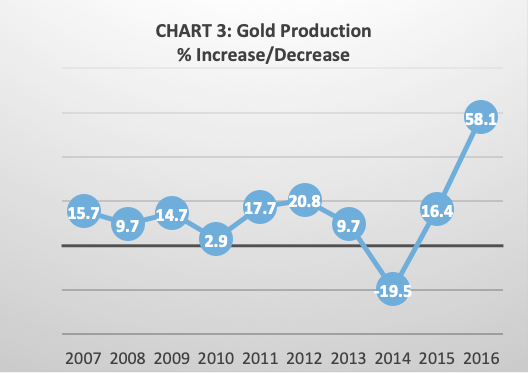 Bauxite, the other main component of the Mining and Quarrying sector, on the other hand, has experienced dramatic swings in production. Though the sector experienced very strong growth in 2007 and 2011, growing by 51.7% and 68%, respectively, its average growth rate for the 2007-2016 period was only 4.2% (See Chart 4). 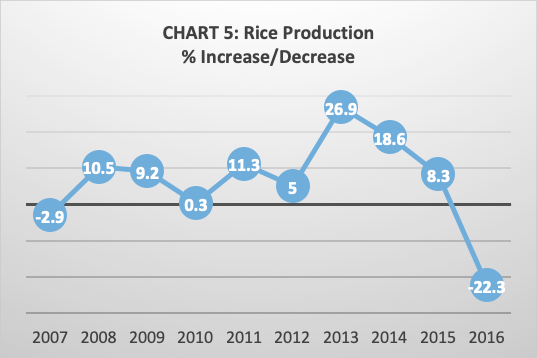 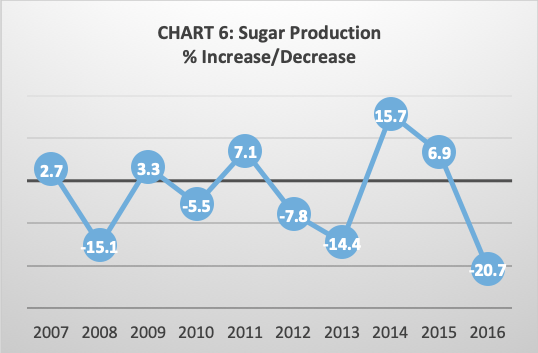 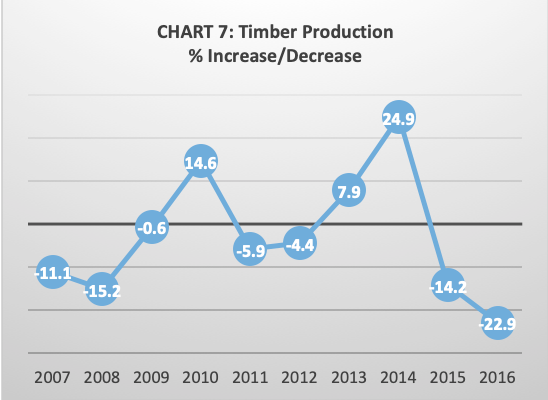 Evidently, volatile to declining production patterns have had a slowing effect on Guyana’s economy. A reversal of this trend is necessary if Guyana is to reduce its dependency on oil which is expected to come on stream in 2020.